When the Digital Age Makes You Scream


Last year, I wrote about the woes of using findmypast for newspaper searches at When the Digital Age Hinders. I now want to follow that up with an evaluation of another newspaper search engine — it’s starting to look like reliable searches are a thing of all ours pasts.

In the findmypast case, there was no visible attempt to address my issues. I made the company aware of the article but there was no comment and no requests for more information, merely a half-hearted attempt to blame the British Newspaper Archive (BNA) for some of the issues. Having tried to use it today (22 Apr 2016), the problems are still there, and even seem to be more intrusive than before. 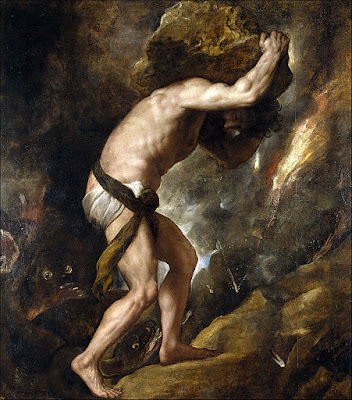 Also today, I needed to perform some searches of The Gazette (UK). Although I had used this for previous research, I recalled that they had redesigned some aspect of their interface; maybe it had been improved.

Unfortunately, I couldn’t get my searches to yield anything resembling what I asked for. I clicked on the little link entitled “Help with search”, just above the text-search field. Rather than giving some textual instructions, though, this directed me to a private — and hence inaccessible — YouTube video called "searching the Gazette" at https://www.youtube.com/watch?v=yJI--4jBhyM. Being part-way through your research, and then being expected to stop and watch some video, is not a helpful plan. After meandering around the site, I found a different link for the same video at https://www.thegazette.co.uk/videos/searching-the-gazette. This was nearly 3 minutes long and eventually informed me that putting a phrase in quotation marks would return only notices containing that exact phrase. But that’s what I had been doing!

I was actually searching for the phrase “Kirk of Nottingham” in all notice types between 1840 and 1860, and it gave me 17 hits. However — yes, you’ve guessed — I couldn’t find my exact phrase in any of them. It took me a while but I did find that each of them contained “Kirk of” but not “Kirk of Nottingham”. Now I wouldn’t insult the designers of this system by suggesting that they only honour the first two words in any exact search phrase, so it must be some inbuilt relaxation of the search terms.

The problem is that it doesn’t deliver what they said it would. They said it would only deliver notices that contain the exact phrase. I have seen several form-fill search engines that describe a field as “exact phrase” and which is probably being relaxed later by some component of the search software. I did notice that the BNA search fields have an “Exact search” tick-box but I couldn’t tell whether it did precisely that from the textual synopses of the hits, and I wasn’t going to take a subscription just on the off-chance.

So what gives here? If product managers are adding support for exact phrases then why are they not working? Why isn’t their absence being picked up during testing? Are the testers listening to software designers rather than reading functional specifications? A possible explanation is that the guts of the search engine is being brought in from some other company, and the testers test only the software developed in-house (well, ignoring the aforementioned help link) rather than testing that the whole system functions correctly as far as an end-user is concerned.

Why am I complaining? Well, the odd thing in The Gazette case is that none of the textual synopses correctly showed the context of the hit it was delivering to me. The following is just the first four of those 17 hits, so see for yourself:

Publication Date     18 June 1858
The London Gazette, Issue 22154, Page 2989
woo3, of Dewsbury, in the said county, Share Broker, and John Worsnop, of Oleckheaton aforesaid. Painter, all the real and personal estate and effects, whatsoever and wheresoever, of them, the said Wi…
View The London Gazette, Issue 22154, Page 2989 page

Publication Date     17 November 1848
The London Gazette, Issue 20916, Page 4152
NATHANIEL ELLISON, Esq. Her Majesty's Com- missitfrter of the Newcastle-upon-Tyne District Court of Bankruptcy, the Commissioner authorized to act under a Fiat in of Bankruptcy, bearing date the 25th

There isn’t even a single instance of “Kirk” visible, and so the only option is to load each page image and perform a local search via Ctrl+F. This is just not good enough!


An ode to loss and change from a rational mind coming to terms with the fleeting nature of history. 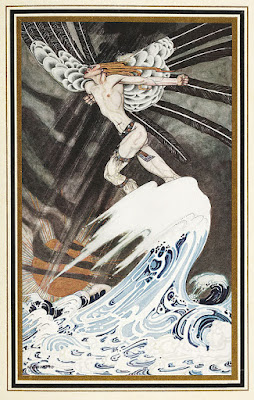 Fixed grey faces gaze silently through their glaze, evoking memories of a time gone by and of lives that were,
But where is yesterday? When was tomorrow? An eternity of fleeting moments lost to the seething surf,
Lives beyond capture by any tree-lined garden of descent, graven on some far-distant tablet beyond the sight of man, save the muse of Parmenides,
For lifeless and textureless is the world beyond the duir, daubed in questionable hue from the palette of want.

Lain waste, their legacies of stone; the First Ones, long passed into shadow as though but a dream, bequeathing debt immortal,
Fading, failing, falling into darkness, unto dissolution, decay and dust, fettered by the illimitable dice,
Events and stories forsaken by the relentless arrow to lie fallow in their starless stasis betwixt the pages of every passing instant,
Celestial progenies cast adrift and abandoned by nature’s unmindful Doxa, unworthy of all remembrance.

From mankind, whose words be louder than its thoughts, writ in blackest quill, the dogma that serves the meek through the mighty,
While sages patiently strive to learn the magical music by which all things dance, but finding only purest melody and no tempo,
A world of adamantine illusion, wishfully tamed and told through the balancing runes,
A lost chord stripped of all harmony, and the myste with two faces poised in suspended masquerade.

So great the gift of time — the giver of Life, the æon of being, the conjurer of cause, and yet the arrow by which we fall,
Weep not for the past, nor for the lost moments, parting kisses, or stolen memories,
The price we pay for life is change — is wax and wane — is loss and gain, but the thief of days wields an arrow fashioned and shaped by conscious minds,
Taking the coin from our mouths, the thief knowingly smiles back with our own faces.

To the end of days, when all our suns have set on the crimson tide of life's blood,
When all our whispers have fallen silent on the Bible-black firmament, and their echoes have all flown their paper prisons and coulomb cages,
From the last glimmers of life, dream-dashed and robbed of love and hope, still clinging to its rock,
One final desperate cry will be heard afore The Great Wave:

...There can be no rhyme for there was no reason! 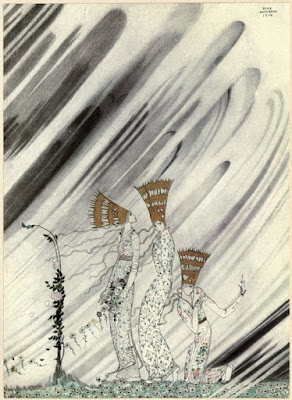 Figure 2 - Just as they bent down to take the rose a big dense snowdrift came and carried them away.[2]


Honorable Mention in the International Society of Family History Writers and Editors (ISFHWE) competition of 2017: Winners.