If you are involved in the software representation of family history then you might justifiably ask what happened to STEMMA. 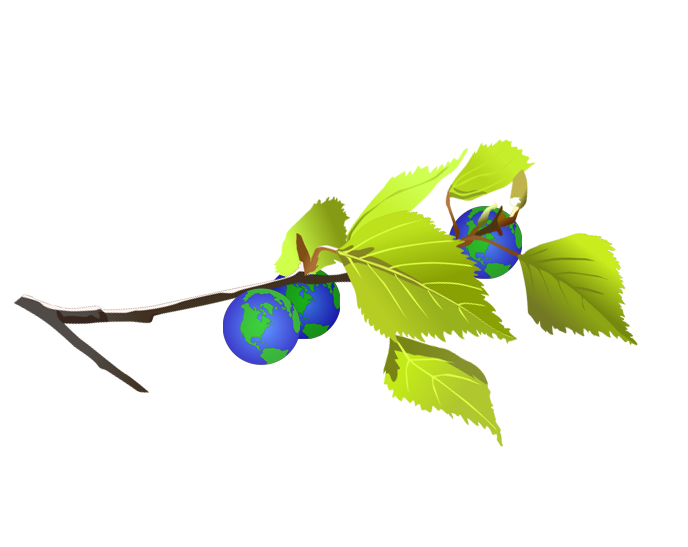 STEMMA is a private project to look at the digital representation of micro-history, including but not limited to family history. Work on it commenced in 2011, and the first specification appeared online in 2012. Primary goals were a distancing from the ubiquitous "build your family tree" notion of genealogy, avoidance of the use of trees as "wardrobes of hangers" upon which all and sundry can be placed, and a stemming the software trend of digesting everything to name-value pairs (usually described as "facts").

Its significance in relation to recent work by both FHISO and FamilySearch is low because it still treads a quite different path. It is not interested only in people, or in biological lineage, and its wider choice of historical subjects (including places, groups, and animals) has allowed software to leverage their similarities and orthogonality, such as hierarchical relationships and the handling of multiple names.

STEMMA does not use a database, which means that it is its own import/export format, and so is better-suited to long-term data storage because it does not require a separate backup format. More than this, though, a STEMMA file can be considered a "non-sequential document". Opening a STEMMA attachment will begin with a prescribed landing page, but the choice of where to navigate to from that page is a decision to be made by the reader. There is no sequential or hierarchical ordering of any pages, but there are many internal semantic links that can be followed based on some conscious rationale, and these might uncover lineage relationships (including trees), images, places, maps, or even narrative — all of which are integral parts of the data.

It is shocking that so few products accommodate narrative text, either for documenting the research process, authored works, story telling, memories, documenting biographical details, or for the transcription of old documents; and I do not know whether to laugh or cry when I hear software people still talking about programmatically generating text to lace together their recorded "facts". Software does not "understand" your research process, and should merely help you with its organisation and analysis. Human beings do not understand computer-speak and should not be presented with whatever it is that software people think is so convenient for their endeavours. Text is here to stay, and it should be an essential component of your data!

The latest public version of STEMMA is still V4.1, although a number of small changes in specification and direction have occurred internally. Little work has taken place on the informational sub-model that was to support a dynamic research process (see Our Days of Future Passed — Part I, and its follow-up parts II and III), but a spin-off of the associated experimentation was the SVG Family-Tree Generator (SVG-FTG) that is now a separate product, and soon to get a major upgrade. Work has focused, instead, on the conclusional sub-model, and one of the changes involves place hierarchies.

STEMMA recognises that places are not the same as point locations that can be given specific coordinates. Even if such a point is relaxed to be a closed polygon (say for describing the boundary of a town or village) or an open polygon (say for mapping a street, noting that European streets are rarely straight), then a place still has an identity that is independent of its location or its name(s). Boundaries and names may change over time, but a place is still a place. Originally, it was hoped that each place would have a unique parent place that was appropriate to the nature of the hierarchy. For instance, that an administrative place would have an administrative parent, or an ecclesiastical place would have an ecclesiastical parent, but the reality is too messy. The difference between geographical and administrative relationships can be vague, especially when including local administration in additional to national administration. As a result, each place is now deemed to have a single (but time-dependent) canonical parent, but the hierarchy is no longer of a specific type (i.e. it may vary depending upon the level in the hierarchy). The scheme still makes use of related entity linkages to connect items across hierarchies, such as registration districts (for civil registration of births) to ecclesiastical parishes (for baptisms), but the whole field remains challenging.

The only other project that I am aware of that is treading a similar path is the History Research Environment (HRE) that began in 2016. This has an incorporated not-for-profit UK company, History Research Environment Ltd, although work seems to be centred more in Australia. It comprises an open-source project to "create a free platform-independent application for the serious amateur or professional historical researcher", and was still under development at the time of writing. The main similarity with STEMMA is in the focus towards general history, and their tagline is "Towards a history of almost anything". It will be very interesting to see if they can muster commercial success in a field that might be considered specialist, and which high-profile genealogical advertising blatantly ignores.

The STEMMA project now has to share my efforts with the SVG-FTG (and other tools such as MetaProxy) as well as the publishing of my first book — not genealogy, but more on that another time.

The website for STEMMA has recently been moved from Google Sites to neocities.org. This was necessary because the old Google Sites (which was always a little clunky) is being replaced with a new one, and users have been given an ultimatum to convert, but the conversion tools are wholly inadequate for porting my old site across, despite the content being primarily textual. Google have also made a policy decision to provide no HTML editor and no way of importing the HTML of any pre-existing site. Good luck with that! It sounds like it could be another project ready to flounder.

So, the new link for the website is https://parallaxview.co/stemma. The URI http://stemma.parallaxview.co is, as before, reserved for STEMMA namespaces. The legacy URL of http://www.familyhistorydata.parallaxview.co should redirect if still used (once my DNS configurations does what I tell it).

Posted by Tony Proctor at 13:11 No comments: