Do we need to distinguish discussions about technological innovation from the mere use of existing technology? Is there a need and a purpose for such discussions? 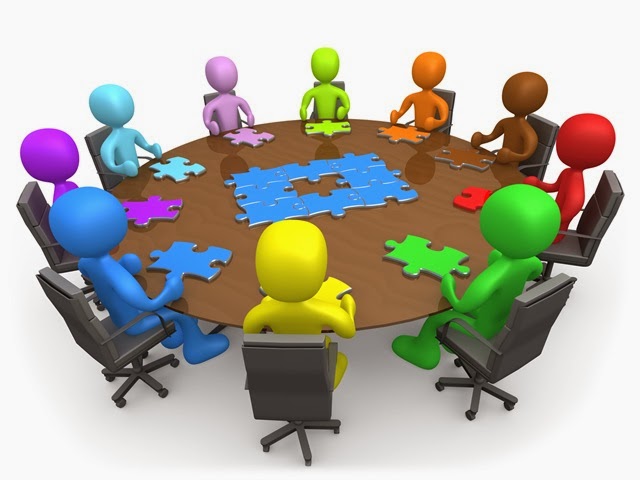 Forums and groups for genealogical posts tend to fall into two main categories:

There are various technology forums that I’m currently associated with, including the Google Communities: Tech for Genealogy & Family History Researchers and Genealogy Tech, and the Facebook group: Technology for Genealogy. Although I’ve probably missed some facets in the list above, technology posts almost always involve existing software or existing hardware.

Why is that an issue for me? Well, as anyone who has tried to read my posts knows, I mostly write about new ideas or new solutions to technological issues, and this often trespasses into philosophical discussions about the nature of research and what we should be recording from our research. So where does that fit in?

It’s quite a dilemma because I obviously want to reach people who are interested in those subjects, and so I sometimes post to both types of forum in the hope of reaching them. Occasionally, the subject lies in an unrepresented middle-ground since it’s relevant both to people who conduct research and to people who produce the tools to help such research. An unfortunate consequence is that my posts may be considered ‘off topic’ and removed.

Although this hasn’t happened very often — yet — a rather sad case occurred recently in the aforementioned Facebook group. My blog post Revisionism in Genealogy was shared into their stream but it disappeared. Thinking that I’d simply made an error in sharing it, I re-shared it ...and it disappeared again. I decided to query this with the group’s admin team and received the simple explanation: ‘It appeared to be "off topic" for our group and I deleted the post’. Fair enough, but I queried this because the introductory paragraph didn’t indicate that the post discussed software issues later on. This is where it became rather sad because I was subsequently stonewalled, and neither my query nor a follow-up to it received any response from the admin team. That is a truly shameful attitude from a position of responsibility, and does the community of that group no favours at all.

So what about collaborative efforts such as BetterGEDCOM? I joined that wiki after I’d already commenced work on my STEMMA® project. It was great to share ideas and discuss solutions but the focus was really on a replacement for the old GEDCOM format. Although there was some discussion around philosophical considerations, such as the representation of history or places, or where to associate evidence, they were not in detail. Furthermore, that wiki never really consolidated any of its work, or presented its work in readable narrative fashion, thus making it difficult to cite any useful results or conclusions. The breakaway FHISO will eventually create a much more structured process, although their focus may still be towards the standardisation of what people currently record and share.

Part of the reason for my posts is to raise the expectations of genealogists, and to widen the horizons of technologists. Feedback and follow-up discussions are a welcome part of floating these ideas and solutions.  I have received many encouraging responses so far, although the minimalist “DRTL”[1] Facebook comment to You're Probably Right cannot possibly count. Did I really need to know that this “author” was typographically challenged or had some type of attention-deficit issue? I fully acknowledge that my posts can be heavy, and not of interest to many people, but I consider the subjects worthy of considered discussion by those who are. I have even tried to mix the content up a little by including research-based articles, such as Who's Your Father?, in an attempt to avoid losing too many readers.

Software technology is now a fundamental part of genealogy. Unfortunately, it appears to me — someone with a foot in both the software and genealogy camps —that the industry is held back by its own history and evolution. Whether this can be blamed on the lineage-linked GEDCOM format, or some other lineage-only millstone, is open to debate, but the repercussions are clearly visible. Can anyone imagine that the industry is investing massive resources on preserving and digitising records so that people can record birth dates and marriage dates? I think not! There’s so much more that we could achieve, but unless we can imagine it, and discuss it, then it will never happen.

Our community is unlike any other one I’ve encountered during my software career. It includes professionals and academics of many different types, together with hobbyists and enthusiastic amateurs, although there is still an unnatural skew to the English-speaking world. While I see very little animosity between the many facets of genealogy, I see very little cohesion too. New tools don’t just appear like magic; they take software research, design, development, and hopefully some market research. It is therefore important that ideas and requirements are discussed openly, but where?

There’s probably not enough justification for another forum/group type, but we should ensure that the appropriate categories for such posts are defined within the existing types. We should not stifle the subject simply because it’s not in the mainstream. I foresee such communities allowing special interest groups to make use of face-to-face technology to discuss specific topics, and this is already happening with DearMYRTLE’s Mondays with Myrt Google Hangouts. The technology is currently raw but it will become more polished as usage grows.

So what would I like to see coming out of these discussions? I’m sorry but at this point I will uncharacteristically resort to verse:

THE SEED
No seed of tree — not oak nor yew —
but seed of thought, of lines straight and true.
Of lives in tapestry of splendoured hue,
and manyfold threads from old to new.