As well as taking a brief look at the relationship between evidence, inference, and conjecture, I also want to explain why it’s so important to remember the level to which each of your statements is substantiated. If we accidentally promote some statement beyond that level then we will be distorting our knowledge, and hence our representation of history.

This is not saying that we can only make “proven” statements, or even just substantiated ones; we’re entitled to make whatever statements we see fit in our research, including conjecture, rumour, through hypothesis and theory, to some conclusion that we have a degree of confidence in. This range is necessary since it will be impossible to know everything, or to prove anything at all in the strict sense (see Proof of the Pudding), but we still want answers. What we should not do is to pretend, to ourselves or to others, that something is more than what it is.

Having come to genealogy from a scientific background, I have often claimed it as a paragon of virtue when it comes to evidence-based analysis and understanding of the universe. For instance, when someone recently posted a quote from one of the greatest physicists of the 20th Century, Richard Feynman (“I’d rather have questions that can’t be answered than answers that can’t be questioned” — no room for dogma there, old or new), I just had to add a comment about his exceptional approach to academic integrity. I still research topics in physics, but what I didn’t anticipate is subconsciously applying some of my new critical genealogical thinking when subject-hopping. It does seem that old dogs can pick up new tricks! 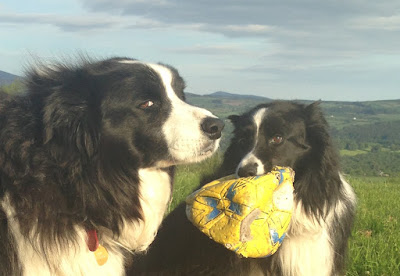 Evidence, more than any other genealogical concept — including proof — is hard for most of us to fully grasp. Evidence is often defined as information that is used to support or refute some claim. It therefore involves some interpretation by a researcher, and their interpretation may not be the same as that of another researcher. In other words, it’s a relative concept: relative to both the claim and the researcher. Without the specific claim then information cannot be deemed evidence of anything, and without the researcher then the raw information cannot be interpreted to derive that evidence.

I admit to struggling with the concept myself, and I think part of the reason is the loose way that we use such terms in everyday speech. One of my ways of working, which I call Source Mining, involves reading the raw information in a source, such as a newspaper, and tagging items that I believe will be relevant to a particular piece of research. I’m effectively collecting references that may be significant, to a lesser or greater extent, to my overall goal: that of writing about the history of some person, family, industry, or place. Those items aren’t evidence because I have not made any specific claims. When I’ve consulted several sources then I begin looking for correlations between them: items that support or contradict each other, as well as assembling things into a timeline. But they’re still not evidence! It’s only when I make a specific claim or statement, such as ‘A was the child of B and C’ or ‘A moved from X to Y in 1887 because he changed jobs’, that I need to substantiate it. I then link my statement to those selected items of information, or to my written analysis if those informational items don’t yield direct and non-conflicting evidence by themselves.

So, it’s not necessarily the case that we set out with a specific research question. Evidence is related to the claim or statement rather than to the way it was derived, or even to the reason that it was sought. The above methodology makes the connections in the bottom-up direction (meaning building upwards from the raw information) rather than in a top-down direction where the research is framed by a specific question. My overall goal did not constitute a question and so the information I’d assimilated did not constitute evidence of anything related to that goal.

Let me take a simple example from Who Was Simeon Webber? I had found that the marriage of Simon Webber — the railway labourer — to Elizabeth Samson occurred over 18 years after the birth of their first child, Mary Ann Webber (actually 18 years 106 days, according to my Date Subtraction Tool). The associated birth and marriage certificates provided direct evidence of those events, but did not shed any light on why there was such a huge gap. At that point, any suggested reason would have been pure conjecture or speculation since there was no information to point the way. Such speculation isn’t necessarily idle since it may direct future research efforts in an attempt to support or refute the possibility.

At a later stage, I found that the family had emigrated from England to the US, and I had several sources confirming their residency in Illinois. As well as those sources providing direct evidence of their residency and naturalization, they provided indirect evidence[1] for a reasonable explanation of the late marriage: it must have been easier to emigrate as a family if there was paperwork to back it up — especially if US immigration back then was anything like it is now. The difference was that I then had some extra information that I could interpret in order to make some inferences.

But I couldn’t say that I knew this; it would have been a theory or a hypothesis (which is a sort of prototype theory)[2] depending on how much I knew of US immigration during that time period. That evidence merely supported my hypothesis, but it also supported alternatives too. As it stood, I was confident that the trigger for the marriage was the major event of emigration, but not of the specific reason for it. Was it the potential difficulties in being admitted as a family with no marriage (I have read about polygamous marriages and under-age wives being issues during 19th Century US immigration), or was it to do with property rights, or to custody of the children should something happen during the journey? My evidence only really supported the claim that emigration was the trigger for the marriage, but I would need more information before I could claim anything more specific than that. Of course, none of the information that I had shed any light on why they didn’t marry in the first place — that’s a whole different question.

You may have wondered why academic historians don’t put such emphasis on the finer details of their research, including the “proof” of event dates, relationships, etc. They might argue — erroneously in my opinion — that the small-scale information doesn’t matter that much when they’re researching large-scale history, relevant on a national or global level, and that genealogy, being a form of micro-history, is more dependent upon them. Even if we accept such an argument, how many historical articles have you read that distinguish individual claims and statements according to how well they are substantiated? If they don’t differentiate between something supported directly and something they’ve inferred, including to what level of confidence, then another historian may regurgitate it as “fact”. Biographers are notoriously guilty of similar faults, and yet their goal is much more of a micro-history so they have no excuse.

There are a number of sciences that relate to the past, such as archaeology, Egyptology, palaeontology, and geology. They can all be forgiven for having to make some inferences on the best available information at the time, but they rarely distinguish between what has been found or measured, and what is the interpretation of it. Worse still, especially on the TV, that interpretation is generally presented as though it were fact, and any professional opinion that differed from the mainstream view, or from some acknowledged expert, may be risking that person’s career. This can be a sinister side of science, and I had believed that physics was beyond that.

I’m currently taking another look at physics because it’s just as guilty in some ways. There are many things that are depicted as fact when they’re merely theory, and — worse still — some blatant misrepresentation of what mathematical physics is telling us. Believe me when I tell you that this is worse than suggesting some genealogical information tells us something when there’s obviously some interpretation required. You see, mathematics does not describe cause-and-effect; it describes a continuous relationship between certain variables. The equation that describes the path of a cannonball does not say that it was ejected from a cannon to finish on the ground, or vice versa; it merely describes the total path.

Let me select a popular subject as an example: the Big Bang. The public are led to believe that there was a massive primordial explosion from which the universe was created. Well, that’s wrong on just about every count. The event would not have been big; it would have been infinitesimally small. There would have been no bang because there was no space, no air, and no one to hear it. There wasn’t even an explosion because that implies material expanding into pre-existing space, whereas space and time supposedly began at this event. In fact, the whole event is inferred from the extrapolation of certain stellar spectral measurements that imply all stars are travelling away from each other. A similar story can be seen in topics such as quantum theory, relativity, etc. I have always considered myself to be an extreme sceptic but I intend to reapply my critical thinking in these areas very soon.

So what can we learn from this? Critical thinking is good; think like a detective. We can’t always expect solid evidence and so we’ll have statements that vary widely in the level to which they’re substantiated — just make sure you remember those levels by documenting any evidence, where it came from, and how it relates to your statements. A guess is fine as long as you remember that it’s a guess, and don’t promote it without more evidence. Understand what you’re doing, and why, during your research, as opposed to blindly following a prescription. If you think you’re being hassled by so-called genealogy police, just remember that people who advocate a prescription probably need a prescription.