There is a maxim that ‘History is written by the survivors’[1], and so it would be of no surprise that genealogists are occasionally guilty of recording history the way they would like it. You could be surprised, however, at the various reasons for this.

We like to think that modern generations in the Western world are thick-skinned regarding information uncovered during research into their family history. We all know that some things were covered up, and not spoken of, in older times to avoid social embarrassment, such as illegitimate births. Serious genealogists strive to be objective about what they might find, but there is often a threshold at which they might still balk. In my personal research, I have encountered desertions (from both family and military), attempted murders, suicides, prosecutions for child neglect, death by alcohol, and numerous prison sentences, but I record them all. You have to be prepared for whatever you might find in your sources. 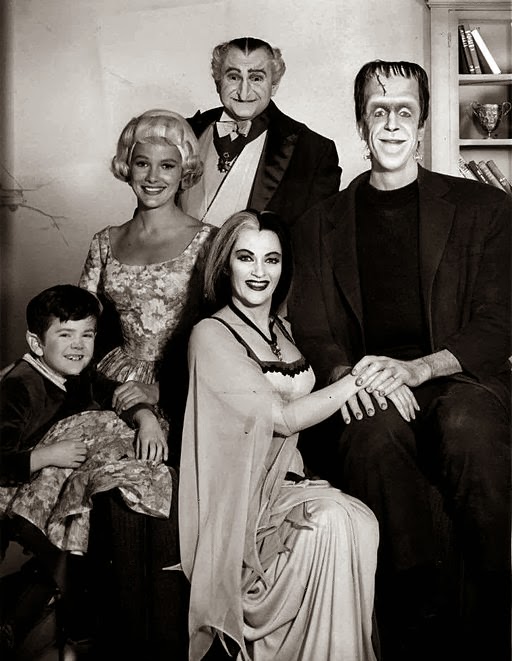 But suppose I also had one possible case of incest somewhere in my data. Although I would not be upset by that myself, I would not document it in any shared material in case it upset members of my extended family. Hence, sensitivity is one potential reason for trying to change, or at least hide, the real history.

In some cultures, this sensitivity may be more acute and may still apply today. If someone finds their ancestors were on the wrong side of a civil war, or had affiliations to the wrong religion, or were part of the wrong caste or social group, or had different ethnic origins, then they may try to hide the details, or they may even try to destroy the physical evidence. As DNA analysis becomes more common in other parts of the world, I see it potentially being used in a divisory manner to root-out and exclude people with the wrong ancestry. As long as there are tags, labels, beliefs, and creeds by which we can be differentiated then there will be people who will strive to exercise them.

If you had found that a long-dead ancestor was guilty of war crimes then could this put existing people’s lives in danger? I have certainly heard of cases where a researcher being clever enough to identify and/or locate someone’s estranged spouse has put that person’s life in danger. Hence, sensing a clear and present danger is another potential reason.

Of course, these issues only really apply to people performing historical research, including family history and micro-history. Anyone who is content with a mere family tree probably doesn’t have to worry as much, … or do they? If a couple were previously married to other people then most of us would also record their prior marriages, but what if they were never released from those marriages? What if the couple were never married at all? We’re now getting into the software realm, and the impact that a less-than-adequate product may have. It could be argued that the convictions of the software author, or the ethos in the organisation behind its development, may play a part in what aspects of real-life it will address.

Irrespective of whether your software product deliberately assuages the complexities of real-life, its scope and design may inadvertently distort the past. What if this hypothetical couple had multiple marriage dates, as in separate civil and religious ceremonies? Could your product accommodate that without it getting upset? There’s a whole gamut of detail that we may be unable to record precisely due to software limitations, such as simply having alternative names, including professional names, nicknames, etc. The same applies to having alternate spellings of names, or different versions in different languages. What about adoption, changes of sex, polygamy, same-sex unions, or simply wanting to record some significant event type that your product doesn’t know about?

There are probably two related software issues here: the fact that we only have a lineage-linked data format for sharing (i.e. GEDCOM), and the reluctance of vendors to take in a wider scope. GEDCOM is now inadequate in a number of ways, but arguably the most important of these is that it records lineage rather than history. For people, like myself, who want to record many aspects of history (including narrative, places, events, and unrelated people), this makes GEDCOM useless. Unfortunately, there are still many people who insist ‘We don’t need new standards — GEDCOM is OK’, which effectively means ‘I’m all right Jack. I don’t want to know your problems’. Some vendors, though, hide behind GEDCOM compatibility as a shield against having to consider any radically new direction in their product development, and occasionally using the circular argument that ‘There’s no proven market for that’. I discussed this in an older post at: The Commercial Realities of Data Standards.

By far the weakest reason for distorting history is a personal desire to simplify things, either to keep it all cosy and rosy, or because the researcher was simply too tired to try and capture, and understand, the essence of that history. I have heard tales of people not being interested in recording someone’s birth family as adoptive parents had taken their place in all aspects of their life, or conversely that someone wasn’t interested in adoptive parents as they weren’t blood relations. I find this blinkered approach particularly insidious, so you can imagine my horror when I heard several such declarations in one discussion thread last year. Before I describe these, I want to emphasise that they were from long-standing and respected genealogists.

The idea that some women hyphenated their names after marriage, or that some husbands adopted their wife’s surname, was greeted with derision, and a flat refusal to record either and to just adopt the “standard” convention. This was further justified with the statement that anyone disagreeing can go and look in someone else’s genealogy. The suggestion that the case of surnames in same-sex unions was not covered by any convention was greeted with the claim that these were not part of genealogy, and so irrelevant. The issue of having versions of a name in multiple languages, and with possible variations in spelling, was considered far too complex, with one participant declaring they would simply standardise such a name to the modern Anglicised version. Parts of this thread even suggested that the consideration of medieval names, for which the surname concept didn’t yet exist, was a waste of time as so few people could reliably trace their ancestry back that far.

Part of the reason for these declarations was an irrational fear that catering for the generic cases would increase the cost and complexity of their software products. Another stated reason, though, was the belief that the parts of the world where unusual customs and traditions are commonplace were not big users of genealogy software. Hence, their own parochial, English-speaking history should not be affected. The fact that a huge number of people in, say, the US — where genealogy has been shown to be very popular — would find that their ancestors came from those other parts of the world shows this to be a staggeringly naïve viewpoint.

So let’s not lose sight of the bigger picture.  As genealogists, we must stay faithful to the evidence we uncover, and that means we need a way of marking sensitive information in order to control, or even prevent, sharing. Further than that, though, we need to be able to address real history by place and event, not just by person and lineage. Finally, we also need to take a generic stance with regard to other lifestyles, other cultures and other time periods.

[1] The maxim is credited to Social Forces (Oct 1931) by the Yale Book of Quotations, ed. Fred R. Shapiro (R. R. Donnelley & Sons, 2006) and to Max Lerner (1902-1992) by the Columbia Dictionary of Quotations. It is a derivative of ‘History is written by the victors’ (or /winners/conquerors) which, although often credited to Sir Winston Churchill, is probably much older and its true origin is unknown.
[2] Publicity photo from 28 Aug 1964 of the cast of the TV program The Munsters. Seated, from left: Butch Patrick (Eddie), Yvonne DeCarlo (Lilly), Fred Gwynne (Herman). Standing: Beverly Owen (Marilyn) and Al Lewis (Grandpa). Attribution: By CBS Television (eBay item photo front photo back) [Public domain], via Wikimedia Commons (https://commons.wikimedia.org/wiki/File%3AMunsters_cast_1964.JPG : accessed 21 Jan 2014). NB: My preferred image from this program wasn't in the public domain. I managed to track down the current copyright holding to Universal Studios. They advised me that a single image, displayed for non-commercial use, irrespective of resolution, would cost me $250, and I would have to register at https://www.universalclips.com in order to obtain a license. I felt this was unrealistic given that I'm not making a documentary or writing a book. Effectively, licensing policies like this do not cater for such Web-based "sampling" by individuals, and so it's hardly surprising that they get ignored.
Posted by Tony Proctor at 21:15