What has happened to customer service from the large genealogical companies? Is there a decline in the service from online companies in general? Are customers the only casualty here or is it to the detriment of the companies too? 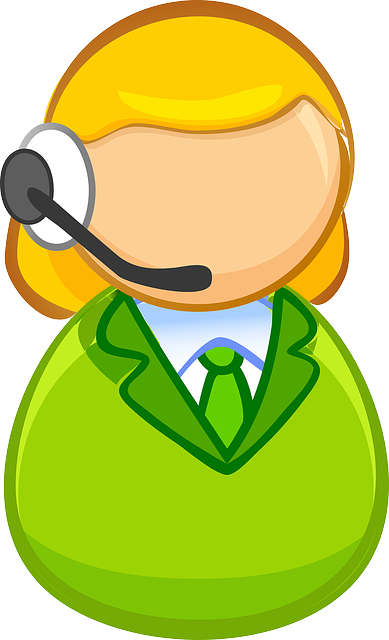 I have some history in this particular field and so maybe my expectations are higher than most, or maybe not. In the 1990s I worked for a software company that strived to achieve the then-new ISO 9000 certification — and succeeded — and I later worked for a company specialising in business intelligence software for large contact centres.

My lack of satisfaction has mainly come from one particular company; one that I have subscribed to since they first appeared. However, I don’t believe that they are the only culprit and so to save them from embarrassment I’ll simply refer to them through the fictitious name of Your-Yore. In fact, much of what I’m about to say could be levelled at many companies outside of genealogy, and especially those with a Web presence.

ISO 9000 is a family of international standards, first published in 1987, concerned with quality management. It identifies a number of factors which have to be regularly audited and measured for compliance and effectiveness. Part of this involves the product itself: whether it meets customer needs, whether its evolution continues to address such needs, monitoring the reliability and efficiency of the product, fixing product problems, etc. Another part refers to the customer and requires that systems be in place for communicating with customers about product information, enquiries, contracts, orders, feedback, and complaints. Customer Service is more-specifically addressed by the ISO 10000 family of standards, and also by The International Standard for Service Excellence (TISSE).

In a genealogical context, the product will involve the Web site (or other software component), including its user interface (UI) and its search engine, but also its underlying data. Reporting software issues, such as features not working as described, or not working at all, would be relevant to many companies, but genealogical data may also be the subject of discontent. Data may be missing, mis-indexed, mis-transcribed, or of unknown or dubious origin not identified by the company. I have reported issues to Your-Yore relevant to all of these categories, and including suggestions for enhancement and other advances, but what happened to them?

Let’s just take a moment to examine the reasons why a customer may contact such a company:

A contact centre, also known as a call centre, will have agents dealing with all of these, and each category must be directed to an appropriate person or department. Despite the availability of text-chat interfaces, social media, and self-service menus, the predominant mechanisms are still email (possibly with a Web form to initiate it) and the telephone. But the reality is neither that simple nor that rigid: a call may transition from one category to another, such as a technical question eventually becoming a software issue; the contact mechanism may change part way through a call, such as one initiated by email later involving a telephone conversation; or a given customer may have several independent calls active. The upshot of this is that a company needs an Issue Tracking System (ITS) in order to separate the different calls, and to enable their progress to be followed individually.

This is where is I have to bite my tongue as companies such as Your-Yore have no such system, and do not offer the customer any sort of ticket number by which they can follow a call to resolution, or to escalate it if necessary. This makes me angry, not just because the concept is part of “call management 101” but because it hinders the company as well as the customer. There is valuable information to be gleaned from those call logs, including the reliability of the product and the satisfaction of the customers. In addition to large-scale metrics, though, it could allow the company to know its customers, not just on an individual level — their background, experience level, etc. — but collectively. There is certainly a proportion of genealogists who are very fussy about the way they research, and how they write-up or otherwise store their results. This may once have been the domain of the professionals but that group is now wider; how much wider is something that the company can only determine through analysis of such data, or business intelligence. It’s probably no coincidence that Your-Yore recently embarked on a major change to its product that woefully underestimated the nature of its customers, and which left this particular group of customers extremely dissatisfied.

Returning to those software and data issues that I had previously reported to Your-Yore, I have no record of them, other than my original email — when it was initiated by one. I have no way of knowing whether the associated problems were fixed or otherwise addressed, and no way of chasing them up. This company recently introduced a forum where their customers could provide feedback and suggestions — a nice idea but the implementation was deficient. Having lost all confidence in submission by email, I tried to post some of the issues on their new forum as feedback. The advantage of the forum was that the postings were public, but the disadvantage was that there was virtually no acknowledgement or active participation by the company. Worse than that, some partial automation of the system managed to lose two of my postings, and when I say ‘lose’ I mean totally lost. Although I could provide the original URLs, there was apparently no way of recovering them, and no way of determining why they were lost or discarded.

Contact centres typically direct technical questions to a help desk or technical support desk. These mostly have a multi-tier organisation so that tier 1, or the first line support, gathers the customer’s description and supporting information in an attempt to match against known problems. Tiers 2 and 3 would each be more technically knowledgeable and would receive the more difficult calls from their preceding tier. Well, that’s the theory, and the practice as I recall it, but this type of support desk is gradually being replaced by online ‘user communities’, which basically means that the buck is being passed. Even when the company participates in those communities, there is no obligation to find you a solution. There is nothing wrong with user communities per se, but they are not the same as a support desk. Particularly with the large software companies, such as Microsoft, the older style technical support tends to be something you pay for over and above the cost of the product itself, and that effectively means that only business customers can take advantage of it; the smaller customers are left to find solutions by themselves. If you’re a paying customer, and the problem is really a product fault not of your making, then this can be truly vexing since the information would be to their advantage.

One non-genealogical software company that I’ve had several painful dealings with was Skype. Unlike Your-Yore, they allocated ticket numbers and appeared to follow more professional practices, except that email messages were picked up by a different agent on each stage of a given thread. If those agents had taken the trouble to read the rest of the thread then my experiences wouldn’t have been as bad as they were, but it was clear that they focused on particular keywords, either in the title or in the first paragraph, and then pasted some stock paragraph of text into their response that was all but useless. The explanation for this is straightforward as that issue is quite common. Large call centres are effectively modern-day sweat shops, and the lives of the agents are governed by metrics and measurements. When their performance is assessed on how quickly they can turn a call around, as opposed to them finding a resolution or to the level of customer satisfaction, then such short-cuts are used extensively. However, customer support is not a game of tennis, and responding quickly rather than effectively (and courteously) does neither the company nor the customer any good. By contrast, my experiences with Hover, with whom I have multiple email and domain registrations, were exemplary. The differences in how I would relate my experiences of those two companies to friends would be marked, and would persist well beyond the actual events.

If you’re thinking that certification is expensive then you’d be correct, and the software company I mentioned that achieved ISO 9000 certification in the 1990s spent considerable time, effort, and money to get there. This is one of the common criticisms of those standards but you can read a different significance into that observation. You may consider that modern companies are leaner and want to increase their profit margin by reducing their overheads, but that lack of investment also disguises a fundamental disrespect for the customer. Treating customers as a commodity means that there is no appreciation of what they can do for the company in terms constructive feedback, loyalty, and word-of-mouth.

Making available billions of “records” to hundreds of thousands of customers is a simplistic model but it works, right? The customers should be grateful and they can take it from there, right? Yeah, right!
Posted by Tony Proctor at 22:35