A Copyright Casualty — Part I 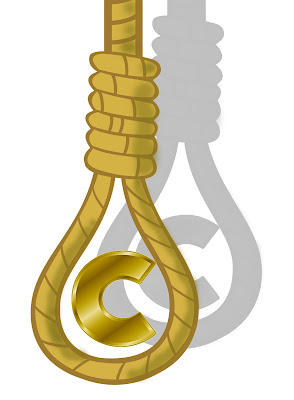 Figure 1 - The trap for the unwary looking for gain.

According to various census returns, William Ashbee was born c1803 in Hillesley, Gloucestershire, but he was baptised about 2.5 miles south of there at Hawkesbury, on 6 Mar 1803, to Isaac and Hester Ashbee.[1] Following the reading of the Banns on 18 Jun 1825, he married Ann Hayward in the parish of Westonbirt, about 7 miles east of Hillesley.[2]

In 1841, they were living in Fox Hill, Tetbury, about 13 miles E-NE of Hillesley, and William was a ‘mason’[3], apparently the same as his father. By this time, they had established their family of four children whose ages then ranged from 4 to 15. 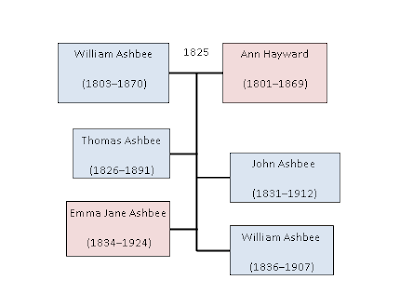 In 1851, they were still living in Fox Hill but William was now a ‘baker’.[4] Interestingly, the next household on that census page — actually on Silver Street — was of the Godwin family; the family into which William’s eldest son, Thomas, would wed later that year.

In 1861, they had moved to Long Street, Tetbury, and William was now a ‘baker & grocer’.[5] Also in the household was their 8-year-old granddaughter, Jane A[ugusta] Ashbee. She had been born to Thomas Ashbee and Sarah Jane Godwin on 25 Sep 1852[6], but her mother had died either during or shortly after the birth. I can find no record of her death but Thomas remarried to Eliza Dean in 1854.

In order to further establish the occupation and location of William during these years, I consulted a number of trade directories, and these yielded the following information:

What this information shows is that William was still associated with baking in Tetbury, right up until 1868. This is important because he changed his profession to that of publisher around this same time, and he obviously took the decision quite late in life as he was nearly 65 years old. 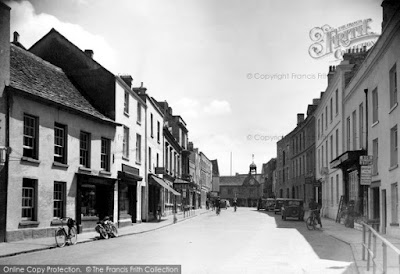 William Ashbee, in partnership with Louis (or Lewis) Simonson, Edward Dutton, and Francis Alexander Lamb, formed a new publishing company called Ashbee & Co. However, their first work, The Merchants’ and Manufacturers’ Pocket Directory of London, immediately ran into trouble: an injunction on its publication and sale was sought by John Stuart Crosbie Morris, publisher of 4 Moorgate Street Buildings, on the grounds that it was pirated from his own Business Directory of London. I cannot determine when the bill was filed but the law suit — more formally known as: Morris v. Ashbee (1868) LR [Law Report] 7, Eq. [Equity case] 34 — was already partially heard by 4 Nov 1868.[8]

The bill alleged that the four defendants (identified above) had been previously employed by Morris (the plaintiff) as canvassers in the preparation of his own directory, published in 1867. Morris suspected that Simonson was going to bring out a directory of his own, in opposition to his, and so he was fired. Morris wanted the other three to sign an undertaking that they wouldn’t join Simonson unless they were discharged from his service, but they refused and so they were fired too. The four defendants were reported to have commenced business at 190 Gray’s Inn Road and had published their own directory in January 1868.[9]

An advertisement for canvassers was running during December 1867 that was using this address and so it further refines the date at which Ashbee & Co. began operating:

“Ten respectable men wanted, to canvass for orders for a new copyright engraving. Directory canvassers preferred. Apply, personally, until 17th inst., between the hours of 10 and 2, at 42 Charlotte-street, Portland-place, W.; or between 3 and 7 O'clock, at Ashbee and Co.'s, 190 Gray's-inn-road, W.C. canvassers now realizing between 15s and 20s per day”.[10]

By the time the bill was served, Ashbee & Co. were operating from 32 Bouverie Street, off Fleet Street, London. These premises had, for some time, been associated with another publisher called Thomas Murby, known for his “Excelsior Reading Books” and “Indestructible Binding for School Books”. 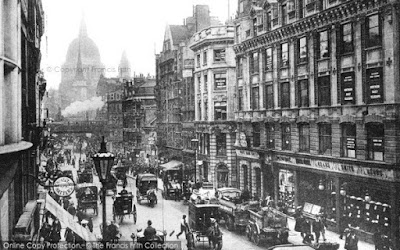 Morris claimed that defendants had pirated information from his own directory, and some cases of typographic errors having been duplicated were used to substantiate this allegation. However, the court was satisfied that wholesale copying had not occurred.

The defendants admitted that they cut-up the plaintiff’s directory and pasted strips onto new sheets, but claimed that these were merely used by their canvassers to locate prospective clients for their own directory, and that the form and layout or their directory was wholly their own. This is where the detail of the case gets very murky since Morris was the defendant in a previous case: Kelly v. Morris (1866) LR 1 Eq. 697. Frederic Festus Kelly’s Post Office London Directory was used in a similar way by Morris to direct his canvassers as opposed to actually copying any of the source material. There were also more serious allegations of pirating involved in that case as many typographic and other errors, and details of deceased persons and defunct businesses, had crept into the newer directory. Morris lost that case and an injunction was served on the associated directory: The Imperial Directory of London.

The main difference in Ashbee’s case concerned the fact that advertisements were public property. Morris still used a similar technique that collated information from public advertisements, newspapers, flyers, etc., as well as previous editions of his own directory, in the preparation of material to direct his canvassers. Ashbee claimed that since trades people paid Morris for additional differentiators — such as their names appearing in capitals, or “extra lines” describing their business, or actual advertisements near to their directory entries — then those specific entries amounted to advertisements and that he was entitled to use them in a similar way to Morris.[12]

In fact, in Simonson’s evidence, he claimed that on leaving the employment of Morris, in April 1867, that he had told him not only of his intention to create a pocket directory, but also the manner in which he was going to use a copy of his directory, but Morris allegedly made no complaint.[13]

Although the Morris v. Ashbee case had some differences from the prior Kelly v. Morris case, there were still strong similarities: namely the contention that a mercantile directory was intended to be used in order to locate trades people and their addresses, and that entries were deliberately arranged in alphabetical order of name and of trade to facilitate this. This might be obvious in any context except one involving the production of a rival publication.

So what do you think? Was Ashbee in the wrong, and if so then in what way? In the follow-up to this article, I will discuss the details of how the case went and what the repercussions were.