Ashes to Ashes, Artefacts to Bits


What do you do with artefacts in your family history collection? Are they connected to your software entities (e.g. in some database) and/or any digital images of the items? 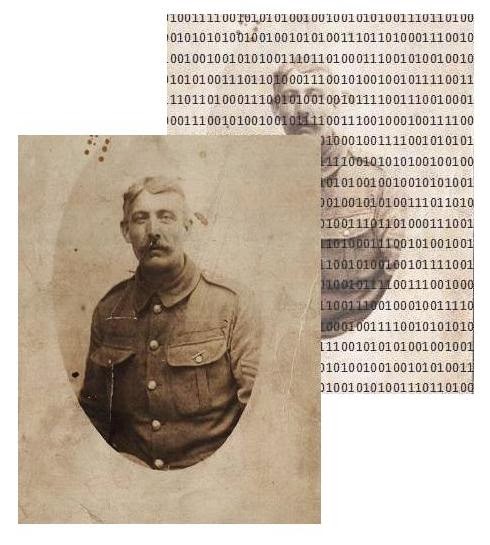 An artefact is “an object made by a human being, typically one of cultural or historical interest”.[1] The word is occasionally confused with ephemera, which are:

“Things that exist or are used or enjoyed for only a short time”, and “Collectable items that were originally expected to have only short-term usefulness or popularity”.[2]

For the purposes of this genealogical blog-post, I will consider ephemera to be a subset of artefacts and will not mention them specifically.

Now that we’ve established the context, we should be able to see that this discussion is about physical items, including original photographs, actual letters, original documents, medals and other awards, paintings, clothing, jewellery, furniture, personal possessions, and family heirlooms. I’m particularly interested in this subject as I have several examples myself, including photographs (which many people may have, possibly stuffed in a biscuit tin), a police award, medals, military documents, an army uniform, and personal letters.

A recent post in a LinkedIn group caught my attention as it was about ‘Archiving your digital artifacts’. This confused me slightly since I would not have used that term to describe digital files. It was basically about their long-term storage (locally or in the cloud) and the preservation of their integrity and fidelity. It is true that there are preservation issues for digital data but this post conveniently skipped over the issue of real artefacts. More interestingly, though, a couple of responses suggested that people may be more interested in the digital editions because “…creating the copies is how we are able to preserve some physical artifacts. Some artifacts just don't last that long”. This belief contrasts sharply with the attitude in archives and museums where preservation of the originals is a prime objective.

So, should we be interested in preserving our own originals, or should we just endeavour to keep images of them? Preservation is not always easy, and very few of us are experts in that field. It is usually considered to be something of interest to those aforementioned institutions rather than to genealogists and family historians. Let’s look at probably the most common case: original photographs. If you’re sharing them with family and friends then digital copies, and other types of reproduction, are worthwhile and easily generated. If you want a copy for frequent consultation then a digital copy may also prevent excessive access to a delicate original. If you turn an original photograph over, though, then you may find invaluable annotation or notes in someone’s original hand. For instance, I have a picture here of a solider in 1915, the back of which is actually a postcard sent by him, from France, to his wife in Nottingham, England. Yes, an early form of “selfie”!

How, too, would a mere digital image convey the full shape, quality, texture, etc., of a wedding dress, or of an army uniform? Some of my relatives have a chess tabletop, carved in some type of stone — originally seated on a wooden table that’s now long gone — and dated “MDCCCLIX [1859] January I”. This was a present to my ancestor, Henry Procter, who is named at the top of it, and who was married a couple of months earlier. The initials at the bottom suggest that it was from a member of his wife’s family who I happen to know was a stone mason. The issue here is that although its preservation is easier, the digital images that I personally have of it do not do it justice. A project to recreate a supporting table is planned which would allow it to be put on show again, and possibly to enable it being used as a games table again.

Certainly, one feeling that underpins this fixation on digital copies is that it’s the information that’s being preserved. A scan of a photograph, or of a letter, preserves the information therein, suggesting that there’s no fundamental difference between the original and a good copy. There is some truth in this — otherwise we wouldn’t be content with those census scans that we all have — but anyone who considers their artefacts to be treasured memorabilia would disagree.

In Handling Transcriptions I explained that STEMMA® uses a Resource entity to describe both digital files and physical items, including any images of the physical items. 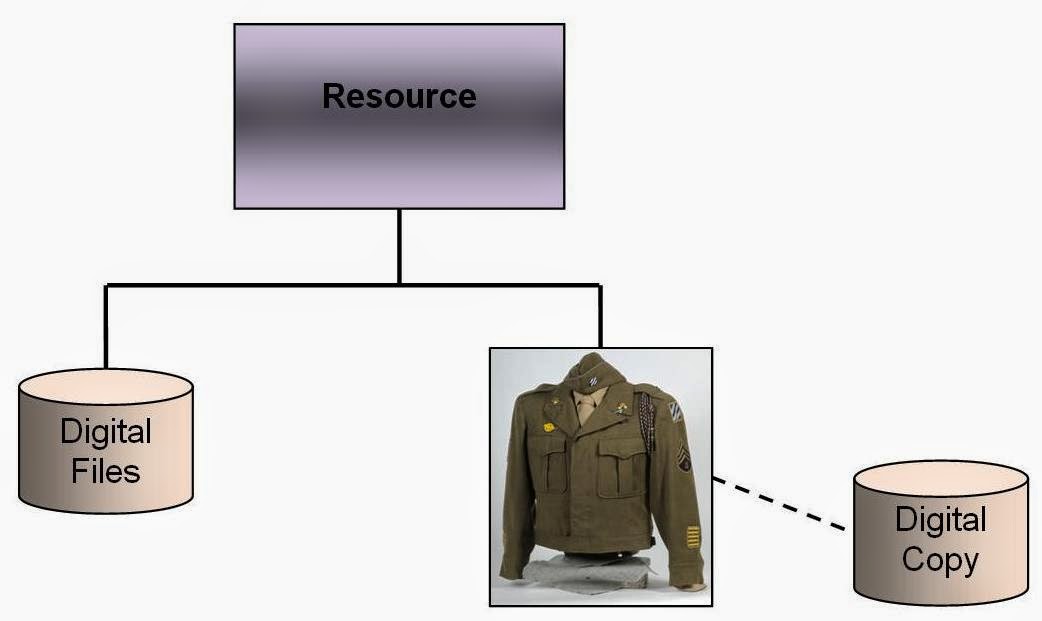 Some interesting fallout from this occurs when sharing such data. There may be many copies of your data — if you’re so inclined — but only one copy of the artefacts. When sharing your data, you will most likely be sharing just the digital contributions, and that means that any association between artefacts and images thereof must be broken.

If we’re famous then we may decide to bequeath our collection to a local archive, and presumably they would help with the issues of organisation and preservation. For the vast majority of us, though, we must learn how to become micro-archives.

This is a seriously neglected issue in private collections (i.e. outside of archives, museums, and libraries). I don’t have any answers for how to preserve our varieties of artefact, or the best practices for cataloguing them, but we should be learning from those institutions that do this. What I do know is that we’re not encouraged to record their presence in our family history collections, or even given the basic tools to accommodate them. The relentless march of commercial software is steadily turning genealogy into a digital-only world!