Anyone from Britain will understand the humour in this title[1]. However, overly delicate sensibilities — and maybe some degree of ignorance — could be masking a related topic that happens to be worth discussing: How do we record sex and/or gender in our data? 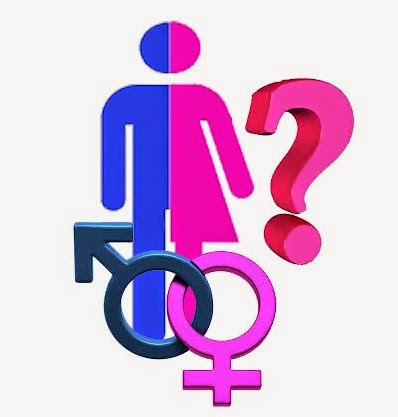 I can forgive anyone that believes sex and gender are synonymous since the words are not always used precisely in everyday speech. They should be distinguished as follows:[2]

Few people make this distinction nowadays though. It was sexologist John Money who originally proposed using the term sex to refer to the biological classification of male/female, and gender to refer to the differences in behaviour[3]. Before that time, gender was used in the context of grammatical categories. A deeper discussion of the history may be found at: Sex and Gender Distinction.

The majority of the records that we want to cite will, therefore, be recording sex rather than gender, as typically represented by the initialisms M/F.

My own belief is that inappropriate delicacy is at least as much to blame as ignorance of the history for the modern confusion. As an illustration, when I recently emailed findmypast to point out that their upgraded search field labelled ‘Gender’ was technically incorrect, my reference to ‘Sex’ was censored and replaced by asterisks. I tried to query this over-zealous censorship of the S-word and deliberately spaced the letters with hyphens to avoid it happening again. However, it was still censored and so my query ended up consisting of mostly asterisks and would be useless to any non-telepath.

OK, so enough of the definitions. What are the practical implications? Dealing with birth sex should be relatively straightforward (see below), but we now have many lifestyle choices to consider, as well as surgical procedures. These are just as much a part of a person’s history, and shying away from them doesn’t give just consideration to those people. The personal importance of the issues is illustrated in Sarah Mei’s 2010 blog-post: Disalienation: Why Gender is a Text Field on Diaspora.

Given the distinction above, Gender reassignment should include more aspects than surgery alone, although it is still treated as a synonym of Sex Reassignment Surgery (SRS). People can travel to undergo these procedures but recognition of their changed status is still hugely controversial and may be denied in their own countries. Even if recognised by the corresponding government, it might not include a change to their passport, retroactive change to their birth certificate, their ability to marry someone of a complementary sex, or acknowledged if that person finds themselves in prison, or a hospital, or applies to join the armed forces.

A multilateral convention was drafted to provide acceptance in other countries but, to date, it has few signatories. See Convention on the recognition of decisions recording a sex reassignment. In the UK, the Gender Recognition Act 2004 is an Act of the Parliament that allows transsexual people to change their legal gender.

From a family history point of view, the most important thing to keep in mind is the distinction between recording the evidence of a person, or our conclusions formed for the person. All evidence will be related to some dated event, such as the birth event, but the relevant detail could be an attribute of birth or an explicit change thereafter, including conscious decisions or procedures. So, for sex, simply having a single property with more than two possible values may not be the best approach as it cannot represent the elapsed time preceding a change. It would be inappropriate to retroactively apply the changed information it as that would amount to genealogical revisionism. Even when a birth attribute is revised, you should not apply the associated evidence to previous dates.

Let me demonstrate this by considering the various possibilities. Any surgery, or related treatment, should be recorded as a medical event. Even lifestyle choices (which require a conscious decision) and gender realisations can be dated from an evidential point of view. Birth information — which basically means the child’s sex — can usually be recorded as a tri-state Boolean. For instance, STEMMA® uses 1=male, 0=female, and nothing when unknown, in order to avoid locale dependencies. The special value of ‘?’ is also available in its property values but is usually reserved for cases of unreadable transcriptions.

Sex is actually a combination of biological factors in addition to genitalia, including chromosomes, hormones, and neurological wiring in the brain. Problems get a little deeper if we have evidence that records any associated irregularities. Indeterminate sex at birth is part of a classification known as Intersex. This also includes irregularities of the sex chromosomes such as: Turner Syndrome and Triple-X Syndrome (for females), and Klinefelter Syndrome and XYY Syndrome (for males). From an evidential perspective, you’re unlikely to see this level of detail in a source, and historical medical practitioners would have made an on-the-spot determination; rightly or wrongly. Australia, Germany, Nepal, and New Zealand have taken steps to allow the recording of intersex on identification documents such as birth certificates.[4] Alex MacFarlane of Victoria, Australia, is believed to be the first holder of an indeterminate-sex birth certificate and passport, but they weren’t granted until 2003.

So what about our conclusions for such a person; the data that we construct based on the information from our sources? Well, for anyone with a particularly unusual history or status, I would say that a bunch of multi-valued properties in some database is not enough. Effort would be better invested using narrative to describe them and their situation.